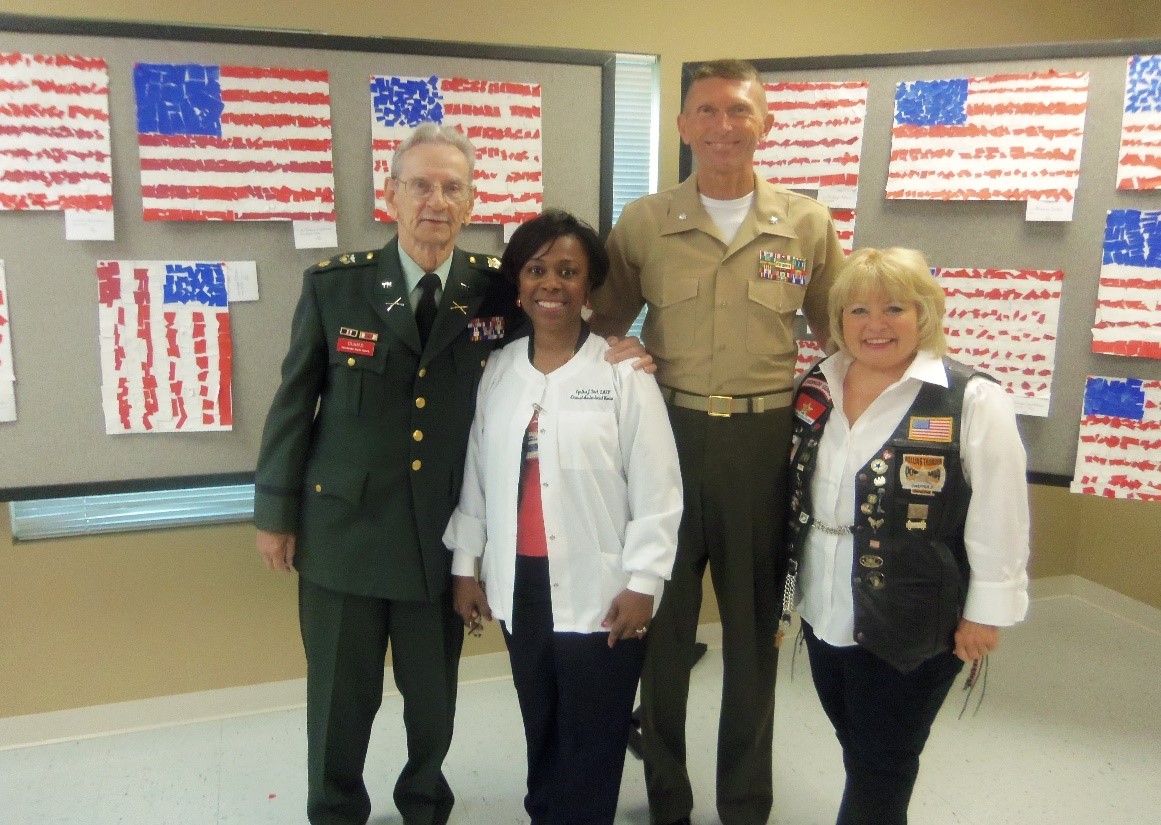 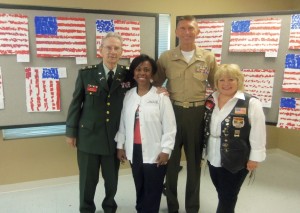 Smoky Mountain Hospice of Knoxville was in attendance on June 16, 2014 to pay honor to our veterans at The Retirement of Flags and Missing Man Table Ceremony held at Corryton Senior Center in Corryton, TN.

June 14th was Flag Day, which commemorates the adoption of the United States Flag in the year 1777.

“Going to an event like this was an honor, but actually honoring the community by hosting a ceremony, was a blessing to all those who attended”, explained Cynthia Finch, LMSW, Office Manager.

The purpose of this ceremony was to honor the symbols of our Nation and to honor those missing loved ones who have been sent to defend our country but who did not return.

“We honor our Veterans, and this event was truly heartfelt and meaningful, perhaps we should sponsor one in our community,” said Finch. 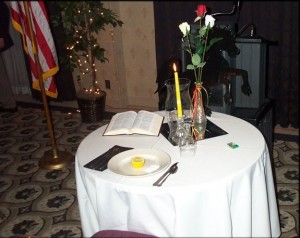 Missing Man Table Ceremony
The table is set for six. The empty places represent Americans still (our men) missing from each of the five services, (Army, Navy, Marine Corps., Air Force and Coast Guard). The sixth setting at the table represents the civilians that are missing as the result of wars. The Honors Ceremony is a symbol that they remain with us in spirit.
…the table is round to show everlasting concern for our missing men.
…the tablecloth is white to symbolize the purity of their motives when answering the call to duty.
…The single red rose, displayed in a vase, reminds us of the life of each of the missing, and their loved ones and friends of these Americans who keep the faith, awaiting answers.
…The vase is tied with red ribbon, symbolizing our continued determination to account for our missing.
…A slice of lemon on the bread plate is to remind us of the bitter fate of those captured and missing in a foreign land.
…The pinch of salt symbolizes the tears endured by those missing and their families who see answers.
…The Bible represents the strength gained through faith to sustain those lost from our country, founded as one nation under God.
…The glass is inverted to symbolize their inability to share the toast.
…The chairs are empty…they are missing. A toast is given